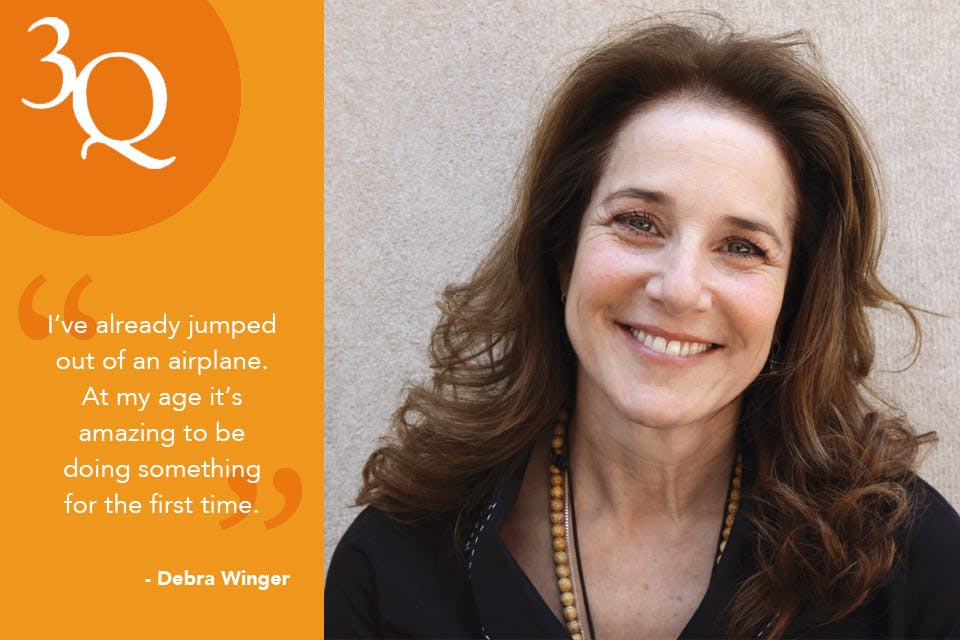 The Ohio native and three-time Oscar nominee returns to television with the Netflix series “The Ranch.”

Leave it to a three-time Academy Award nominee to have a big night picking the winners of the 2016 Oscars. “I should have gone to Vegas,” laughs Debra Winger from Los Angeles on the day after Hollywood’s biggest night. “I’m a real ‘Mad Max’ fan, so I did well.”

Winger, the Cleveland Heights native who has been largely absent from movies and TV in the past two decades, is back in action on the Netflix original series “The Ranch,” which debuts April 1.

“I’ve already jumped out of an airplane,” she says. “At my age it’s amazing to be doing something for the first time.”

Winger, 60, who hopes to begin work on an indie film production this summer, talked with us about leaving home, her new show and her views on social media.  — Barry Goodrich

You were just 6 when your family left Cleveland Heights for California. How did that affect you?
My family did the Jewish version of The Grapes of Wrath. I did not like California. I was freaked out by the place. The weather was always the same. … I missed sticky summers and cold winters. I went back to Cleveland every summer to stay with my grandparents. Years later, I went back to perform with the orchestra [for Cleveland’s bicentennial]. I’m not a huge sports fan, but I really hated the s--- I had to take about all the Cleveland teams.

How did you get your role as Maggie, who is a mother of two sons, an estranged wife and bar owner on “The Ranch”?
I was calling up Sam Elliott’s agent to ask if he was available to do an independent film I wanted to do. I was told he was doing this show for Netflix, and I [jokingly] asked why nobody was asking me to be the wife of Sam Elliott. I’ve never had the stomach to go out and sell myself, so I’m very grateful to be able to do this.

You have never hidden your disdain for the celebrity lifestyle. What are your thoughts on the onslaught of social media?
I so don’t care about it. It’s so much chatter from people wearing bathrobes in their basements, and it cartwheels itself out into space on an endless loop. All that s--- is cosmic dust. I told my friend Gloria Steinem that you can’t wrap today’s fish in yesterday’s Internet.

For more information about “The Ranch,” visit netflix.com.