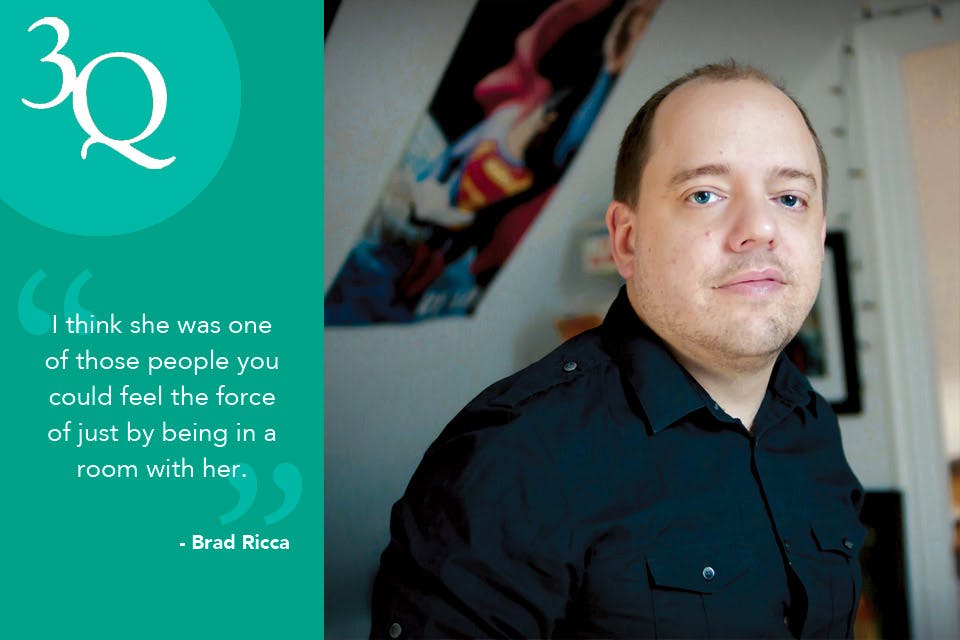 Outfitted in black from head to toe, this fiercely independent seeker of justice worked for free while solving controversial cases and exposing police corruption in New York City. The scenario may sound familiar but the individual in question is anything but.

Grace Humiston, an early 20th-century attorney and detective, earned the nickname of Mrs. Sherlock Holmes by solving the disappearance of 18-year-old Ruth Cruger in 1917.

“I think she was one of those people you could feel the force of just by being in a room with her,” says University Heights-based author Brad Ricca, whose true-crime thriller Mrs. Sherlock Holmes: The True Story of New York City’s Greatest Female Detective and the 1917 Missing Girl Case That Captivated a Nation tells the tale of the mysterious and controversial Humiston.

“She was like a superhero in many ways,” says Ricca, a SAGES fellow at Case Western Reserve University whose 2013 book Super Boys: The Amazing Adventures of Jerry Siegel and Joe Shuster — the Creators of Superman recounted the Cleveland origins of the Man of Steel. We talked with Ricca about researching his new book, Humiston’s legacy and Sherlock Holmes.  — Barry Goodrich

How did you discover Humiston’s story?
I got lucky. I was researching old newspapers about a criminal group called The Black Hand when I saw a huge article in The New York Sun with a great illustration of her. Before I even read the story, I knew it was going to be great. The rabbit hole was open. The next step was the most terrifying step: to see if anyone had ever written [a book] about her.

Humiston was well ahead of her time on issues that still resonate today: the gender gap, corruption, racism and media bias. What made her such a fascinating figure?
She changed the narrative. Before, when a girl or woman would disappear it would be her fault and the cops would drop [the case]. She was the first woman to make people think about that. I was also drawn to the fact she went down south and found a slave plantation 40 years after the Civil War. A lot of people had an ax to grind with her.

How did Sherlock Holmes influence this book?
I remember reading Sherlock Holmes in junior high. After finishing my first [Holmes] story the immediate desire was “is there more?” It was so enjoyable but challenging at the same time. You have to read them all. I’ve been a fan my whole life, and I loved the idea of putting a woman in that role.