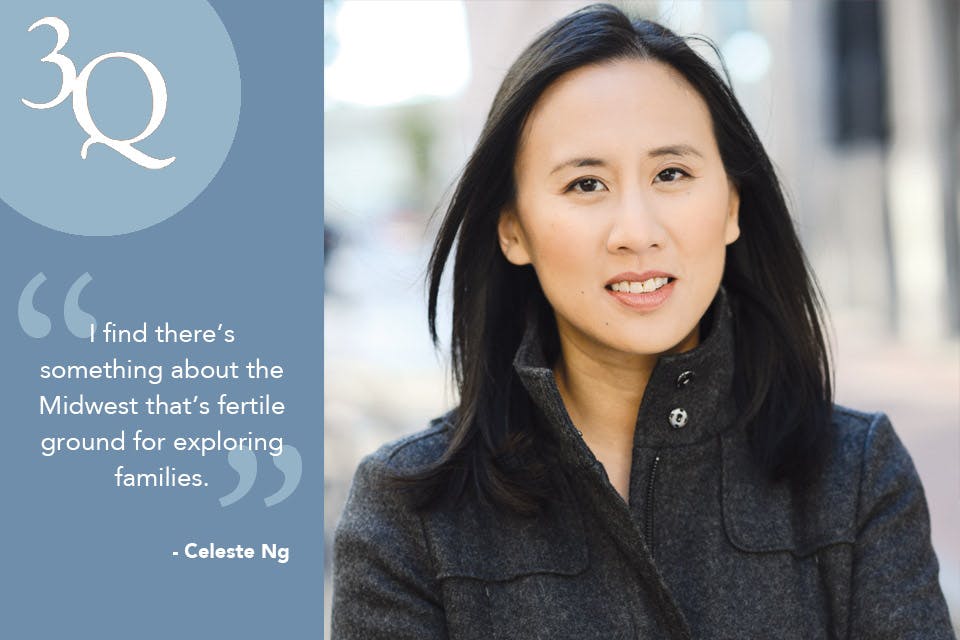 The novelist shares how her hometown of Shaker Heights inspired the follow-up to her acclaimed debut.

Growing up in the Cleveland suburb of Shaker Heights, Celeste Ng could often be found at the city’s public library. A voracious reader at an early age, Ng would leave the library with a stack of books nearly as tall as she was.

“My dad and I had a deal,” she says. “I could check out as many books as I could carry.”

Years later, after the runaway success of her debut novel, Everything I Never Told You, Ng found herself back at that same library for a reading.

“It was very surreal,” she says of the moment. “There were posters of my face everywhere.”

Ng, a 1998 graduate of Shaker Heights High School, uses her former neighborhood as the backdrop for her new novel, Little Fires Everywhere, which will be released Sept. 12. The book tells the story of a custody battle over a Chinese-American baby, while addressing the issues of race, privilege and parenting.

Ng, who now lives in Cambridge, Massachusetts, recently talked with us about early success, her childhood and her second Ohio-based novel.

Everything I Never Told You was a New York Times best-seller and Amazon Book of the Year in 2014. How are you dealing with the high expectations for your new novel?I don’t think anybody ever assumes their book is going to be a huge success. It was like a lightning strike. The anxiety over a sophomore novel is a real, legitimate thing. It’s something I had to put out of my mind. I’m kind of a people pleaser, but you can’t try too hard or worry about what the reception will be.

What was it like growing up in Shaker Heights?
I really loved it. It was an idealized American childhood, a place where you could walk to school. I loved being around people who were different from me in a lot of different ways, and I liked how much race was a part of the conversation. I had friends who lived in mansions and friends who lived in two-family houses.

Little Fires Everywhere has a rich cast of characters. Would you agree that Shaker Heights is one itself?
That’s very true. I wanted to be honest about all the [city’s] upsides and all the blind spots, mostly just to get it right. I didn’t censor myself. It’s like loving an eccentric aunt who has some weird quirks. I find there’s something about the Midwest that’s fertile ground for exploring families. The things I keep coming back to are how do we become the people we become? That’s a quintessential part of the human condition.