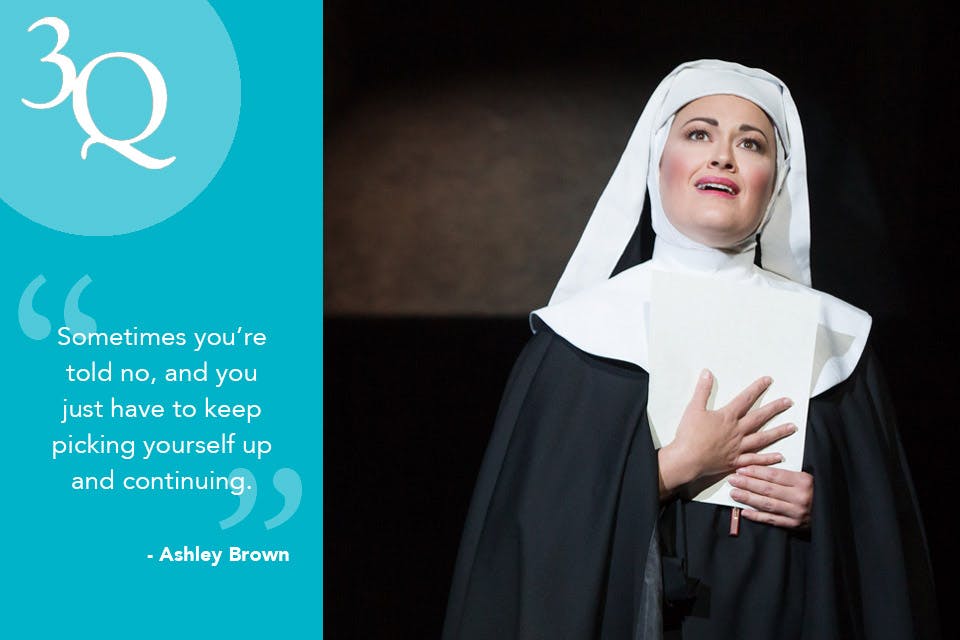 The woman who first brought Mary Poppins to life on Broadway talks auditions, “The Sound of Music” and more.

She took the world’s most beloved nanny from the movie screen to the Broadway stage. But before introducing “Mary Poppins” to legions of new fans, Ashley Brown honed her talents at the University of Cincinnati College-Conservatory of Music, earning a BFA in musical theater and performing there in “Candide” and “The Boys From Syracuse.”

“I was a little Southern girl from Gulf Breeze, Florida,” Brown says. “Being at the conservatory taught me that Broadway is indeed a business. Sometimes you’re told no, and you just have to keep picking yourself up and continuing. I’ll always be grateful for the education I received.”

Over the last decade, she has also sung jazz standards with the Boston Pops and performed show tunes with the New York Philharmonic. This month, Brown will be at the Ohio Theatre in Columbus Jan. 26 through 31, portraying Mother Abbess in the national tour of Rodgers and Hammerstein’s “The Sound of Music.”

We recently talked with Brown about starring on Broadway, surviving the audition process and why “The Sound of Music” still resonates today.

How does being on Broadway compare with the dream of being on Broadway?
It takes a lot of work and a lot of discipline. When you’re in a show, it becomes your entire life. When I was in “Mary Poppins,” and then “Beauty and the Beast,” I did eight shows a week on Broadway for about four years with no break. But you find your way through it, searching for different ways to keep your part fresh.

Auditioning for a Broadway show is known to be a grueling process. How do you keep calm before, during and after?
If I really want something, I’m not good at staying calm. But if it’s a role that I can go either way on, I give my best audition and am extremely calm. When you’re young, you can go in and hopefully blow people away. But the more experience you have, the harder it gets. I’m at a point where the people making the decisions have expectations of what I’m going to be. So, sometimes I have to try to change that mindset. … Auditioning is always hard because you’re putting something out there that’s very personal and asking someone to accept it. They either do or they don’t.

“The Sound of Music” made its Broadway debut 57 years ago. Why do you think the musical still resonates with audiences?
The story is not just a love story. It’s a story of risk and life decisions and finding your way. All of us wake up in the morning and think, “Am I where I’m supposed to be?” The audience can really relate to each character and what they are going through. It’s very relevant.

For more information about “The Sound of Music” in Columbus, visit columbus.broadway.com.