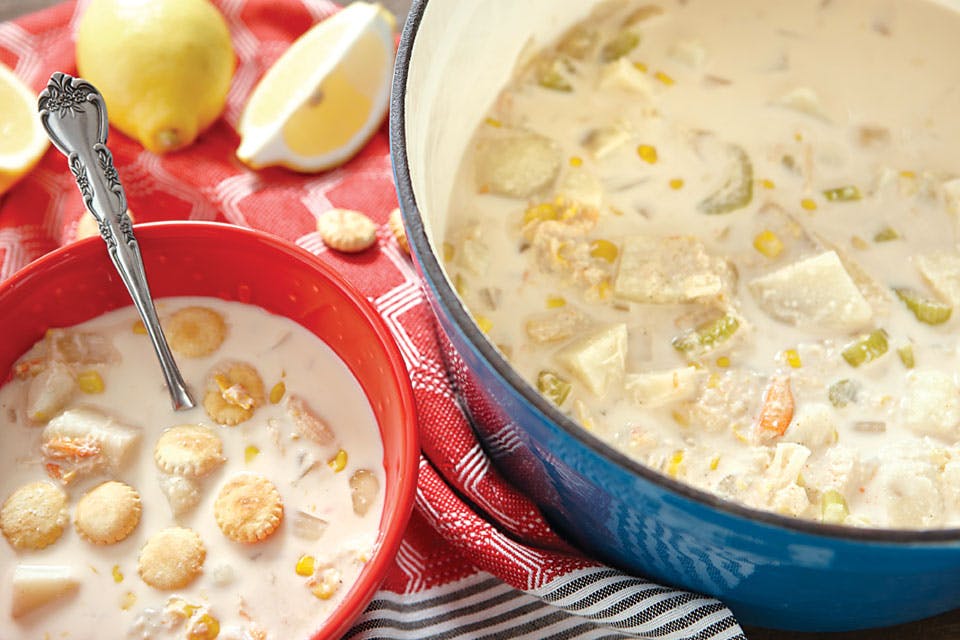 Recipe courtesy of Doc's Deli | Photo by Kevin Kopanski
Susan Vander Maas offers four daily kettles of soup, including this Kickin' Crab Chowder. The soup stays rich while offering half the fat content of regular bowls, switching from using heavy cream to half-and-half. She also recommends substituting the traditional clam for crabmeat so the soup can maintain its luscious feel. The end result is a sumptuously sweet soup with an unexpected finish. “It’s a mild-tasting soup,” says Vander Maas. “But then you get a nice little punch from the cayenne pepper.”

DIRECTIONS
In a large pot bring 4 cups of water to a boil. Add in potatoes, celery and onion along with chicken base. Reduce heat to medium-high and cook until potatoes can be easily pierced with a knife. Reduce heat to medium and whisk in milk and half-and-half. Add in crabmeat and corn, then season with cayenne, black pepper and paprika.