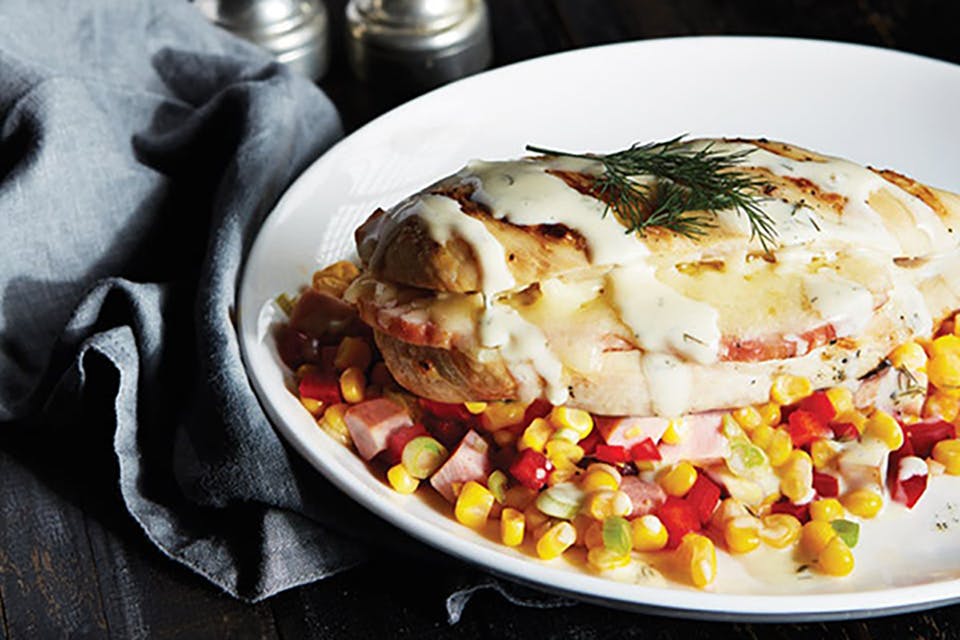 The Dublin Pub’s bowls of potato soup and platters of lamb sausage offer a nod to the establishment’s namesake city, but one of the most popular dishes on its menu is a surprising and delicious confluence of cultures. Lee Morgan has been serving the Dayton pub’s Chicken O’Brien for more than five years and has worked as head chef for most of the past two. “It’s kind of an Irish take on a cordon bleu,” Morgan explains of the dish that has been on the The Dublin Pub’s menu since its 1998 opening, “but we stuff Irish rashers in it, which is Irish bacon.”

Sprinkle chicken with salt and pepper and grill the chicken breasts until done. Butterfly each chicken breast and stuff with one slice of the rasher or ham and half of the shredded cheddar cheese.

DIRECTIONS
Combine butter, dill and garlic in a small saucepan. Heat until butter is melted. Add wine, lemon juice and heavy cream, and bring to a simmer while stirring regularly. Continue simmering and stirring until you reach desired thickness (the sauce should coat a spoon dipped into the mixture).