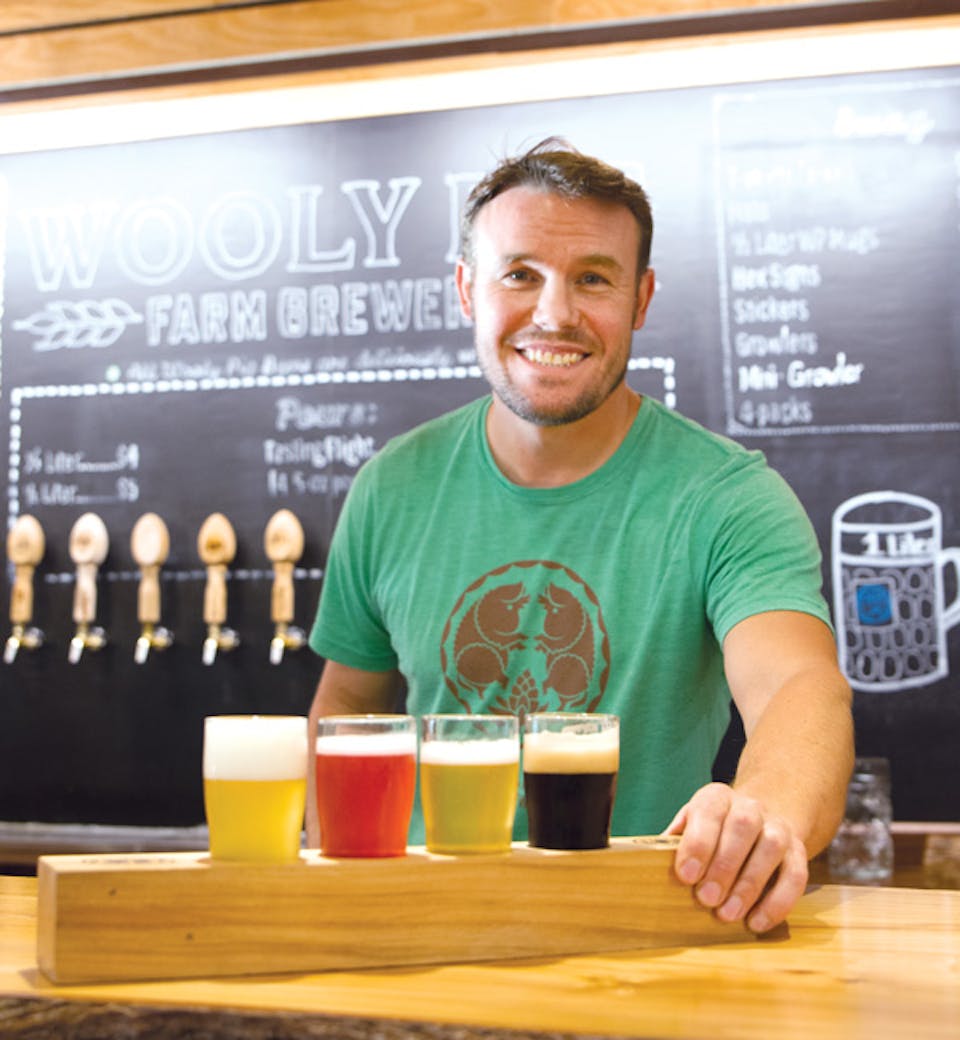 Located just off of U.S. Route 36, Wooly Pig Farm Brewery exudes a small-town country feel. The tasting room is filled with communal tables and there’s no cell phone service on the property. “The result is, you have to talk to strangers,” co-founder Jael Malenke says with a smile. She and husband Kevin Ely opened the place in late 2017, and it’s more of a brewery located on a farm than a farm based around a brewery. Why pigs? Swine and brewing are a natural pairing in Germany (pigs eat the protein-rich grains from the brewing process), which inspired the couple’s approach. “We have authenticity through our background and the knowledge how to make high-quality, good-tasting beer,” Ely says.

Inspired By: Ely studied brewing sciences in college and began traveling to brewing expos in Germany while working for another brewery more than a decade ago. During a bike tour of the Franconian Switzerland region of Bavaria he first saw what would become the namesake of his family’s brewery: wooly pigs. Later, while showing photos from his trip, Malenke made the comment, “It looks like Coshocton County,” and the idea stuck.

Family Business: When a 90-acre farm near where Malenke grew up was auctioned in 2014, she and Ely bought it, remodeling one of the property’s barns as the tasting room. The brewery opened on Dec. 14, 2017, with Ely doing the brewing and Malenke handling the business. Her brother, Aaron Malenke, tends the animals and oversees packaging, while their parents, Todd and Patti Malenke, serve beer. Even the family dog, Auggie, is involved, greeting guests upon arrival.

What’s on Tap: The brewery has 10 to 12 beers on tap at any given time, but there are four staples: Rustic Helles (a golden lager), Keller Pils (an unfiltered, German-style pilsner), Schwarzbier (a black lager) and IPL Eins (an India pale lager). All of the beer is made on-site at the brewhouse Ely built himself, and during warmer months food trucks frequently visit on weekends to serve hungry patrons. “This is a social place,” Jael Malenke says. “People come here to meet people, be with their friends and talk with us.”