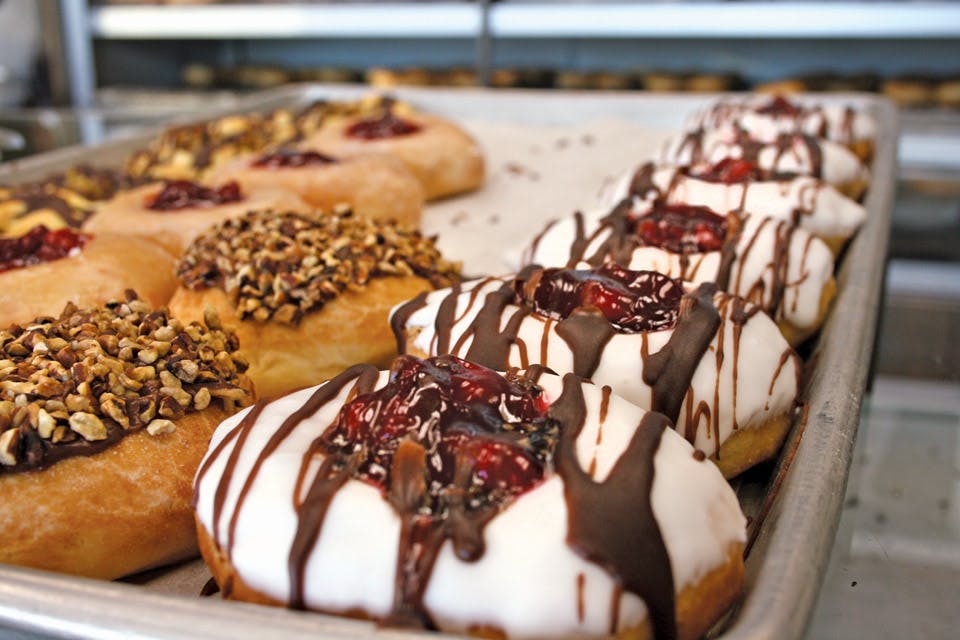 Milton’s Donuts opened its doors decades ago, but it’s still Middletown’s go-to spot for a morning sugar rush. Jay Byrne bought the place with co-owners in 2014 to keep alive the shop Clarence and Dan Milton founded in 1960.

“Everybody knows Milton’s Donuts and that goes back to Dan and his father,” says Byrne. “We’re just trying to carry on the tradition … and add a few new little things to it.”

But even after 56 years of business, Milton’s Donuts represents just a fraction of the doughnut-making expertise found in Butler County. There are 9 area shops boasting a combined 227 years in business.

That fun fact led the Butler County Visitors Bureau to recently unveil a Butler County Donut Trail that leads visitors to all nine doughnut-makers. Those who get their Donut Trail passport stamped at all nine shops are rewarded with a T-shirt with an image of a doughnut and the words “Traveled. Found. Devoured.”

“I always say it’s great for people 2 to 92,” says Tracy Kocher, marketing director for the Butler County Visitors Bureau.“We had one group who had this as their gift to their grandfather for his birthday. ... [They] surprised him, and they came and did the Donut Trail.” gettothebc.com/donut-trail